ADIHEX – THE MIDDLE EAST’S LARGEST HUNTING, EQUESTRIAN AND CULTURAL EVENT SHAKES UP THE CAPITAL -Organisation of first International Dog Show in the UAE 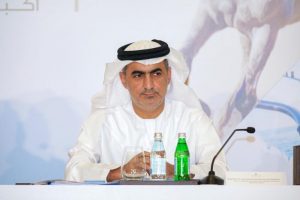 The Higher Organizing Committee of the 17th edition of the Abu Dhabi International Hunting and Equestrian Exhibition (ADIHEX) held a press conference earlier today to announce, under the theme “Together to Consolidate Sustainable Hunting Initiatives”, a new era of ADIHEX following its concerted efforts to present the widest range of new activities that the event has seen to date.

The event will be held on Tuesday 27th August to the 31st in Abu Dhabi National Exhibition Center (ADNEC), under the patronage of His Highness Sheikh Hamdan bin Zayed Al Nahyan, Ruler’s Representative in Al Dhafra Region and Chairman of Emirates Falconers’ Club.

While disseminating the culture and understanding of sustainable hunting, ADIHEX aims to promote among its global audience the environmental balance between hunting and protecting the life of different prey.

As the undisputedly largest edition of ADIHEX, the 17th edition will feature more than 650 local, GCC and international companies and exhibitors making it the largest of its kind in the fields of hunting, equestrian and the preservation of cultural heritage in the region. There will be thousands of products and services displaying the best of what the 11 sectors can offer across 40,000 square meters.

On this occasion His Excellency Majid Al Mansouri, Secretary General of Emirates Falconers’ Club and Chairman of the Higher Organizing Committee said, “ADIHEX has become a global festival and cultural hub that gathers the world under one roof. It is also an event that has placed Abu Dhabi on the world tourism map. ADIHEX embodies the vision of the late Sheikh Zayed Bin Sultan Al Nahyan, Founder of UAE, when he ordered this exhibition to be held annually when it was launched for the first time in 2003. This was successfully accomplished by the directives of His Highness Sheikh Khalifa Bin Zayed Al Nahyan, President of the UAE and the support of His Highness Sheikh Mohammed bin Zayed Al Nahyan, Crown Prince of Abu Dhabi and Deputy Supreme Commander of the UAE Armed Forces, and the support of His Highness Sheikh Hamdan Bin Zayed Al Nahyan, Ruler’s Representative in Al Dhafra Region and Chairman of Emirates Falconers’ Club.”

His Excellency Majid Al Mansouri added, “This 17th edition of ADIHEX is taking place from the 27th to the 31st of August, under the slogan of “Together to Consolidate Sustainable Hunting Initiatives” where all the activities and activations will highlight the definitions of tolerance and their supreme values. The UAE has always been known for its civilization, and this harmonizes with the announcement of His Highness Sheikh Khalifa Bin Zayed Al Nahyan, the President of the UAE that 2019 is the Year of Tolerance. The late Sheikh Zayed bin Sultan Al Nahyan who is known as the Founder of the UAE and the First Environmentalist always implemented these great humanitarian values that remained the core of the diverse society of the UAE.”

His Excellency Majid Al Mansouri also stated that, “The Higher Organizing Committee of the exhibition has announced various mandates to make sure that this upcoming edition is the largest and the most successful one. The Committee have provided all the support and facilitations needed by companies and institutions participating from over 40 countries to help them promote and showcase their products in the regional market.

These mandates ensure that the visitor experience is taken as a priority and it includes changing the date of the exhibition to suit a wide spectrum of interest designed for families and their children.

This year’s date of the event also suits hunting and falconry enthusiasts as it marks the beginning of the hunting season providing ample time for these industry professionals to find the latest products, tools, equipment and services that they need to suit their varied requirements.

His Excellency Majid Al Mansouri expects that the 17th edition of ADIHEX to be an astonishing success, in addition to the fact that all the companies specialized in selling hunting weapons will benefit this year from the new and seamless processes that are being provided for the first time in the exhibition. A great opportunity will be available to UAE Nationals that are over 21 years of age to own three weapons from the exhibition. Additionally, various nationalities from all over the world are allowed to buy and own weapons, under the condition of them providing a license and a No Objection Certificate (NOC) from the Police Departments in their respective countries. The license should mention the number and the kinds of weapons they are permitted to own, and to explain how they will export it to their countries from Abu Dhabi.

Al Mansouri says in the light of the collaboration between the Higher Organizing Committee organizing the exhibition and the security organizations, the Office of Weapons, Ammunitions and Explosives that belongs to The Supreme Council of National Security is abiding by Decree Law number 5 of 2013 in the matter of weapons, ammunitions and explosives in implementing the suitable conditions of having a weapons exhibition in the country, and also for the weapons companies to meet the set standards.

His Excellency Majid Al Mansouri announced that the Ministry of Interior and the Police General Headquarters developed a special software serving the licensing and acquisition of weapons to accelerate the procedure for obtaining the weapons’ licenses. This was in coordination with the licensing authorities in GCC countries to facilitate the purchase of weapons from the exhibition, and also in coordination with the Ministry of Defense regarding the issuance of a certificate of end-user for visitors who are not UAE Nationals in case of purchase.

There are eleven sectors that make up the 17th edition of the event namely, Arts and Crafts, Equestrian, Falconry, Hunting and Camping Equipment, Hunting Guns, Hunting Tourism and Safari, Outdoor Leisure Vehicles and Equipment, Promotion and Preservation of Cultural Heritage, Veterinary Products and Services, Fishing and Marine Sports and Media. Also to be mentioned is the Arena filled with special displays of horses, camels and dogs.

Debuting this edition is the daily Falcons Auction to be held from Tuesday, August 27th until the last day of the exhibition which is the 31st of August. Also for the first time will be a unique International Dog Show that is presented for the first time in the UAE which will provide opportunities for fans and visitors to watch more than 200 competing dogs from more than 15 countries.

In addition, the exhibition will include many competitions and cultural and recreational activities, live shows for horses and camels, as well as four other activations which include innovations in hunting and equestrian, Nabati Poetry, Art and and Photography Competitions to attract various talents.

Similarly there will be many contests and prizes given away to visitors that are equivalent to one million dirhams. Different activations, activities, and educational sessions will be dedicated to children including workshops and games. For this edition the ‘Treasure Hunt’ is one of the main features which includes questions and answers on the Year of Tolerance, and cultural facts to endorse the sense of tolerance between the children.

For the first time in the current edition there will be a “Conference on the Illegal Trafficking of Birds Of Prey” which supports the efforts of the Higher Organizing Committee to make the exhibition the ideal platform for the promotion of the concepts of sustainable hunting and the protection of various kinds of birds of prey. 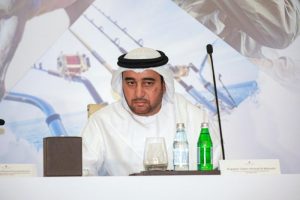 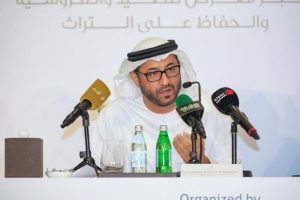 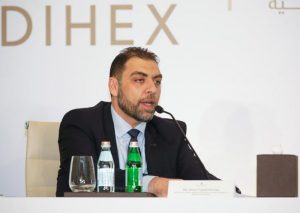 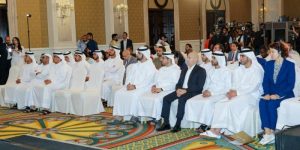 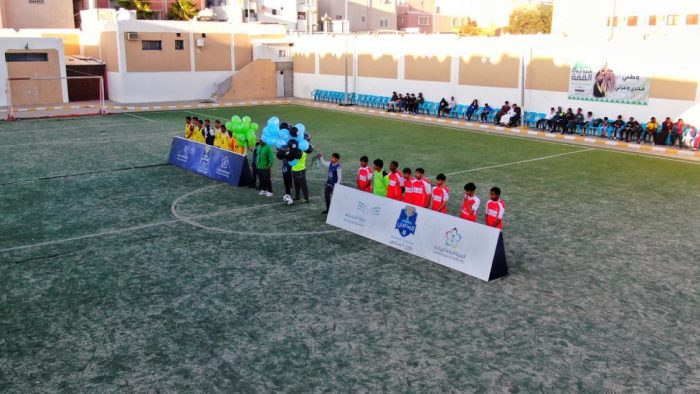 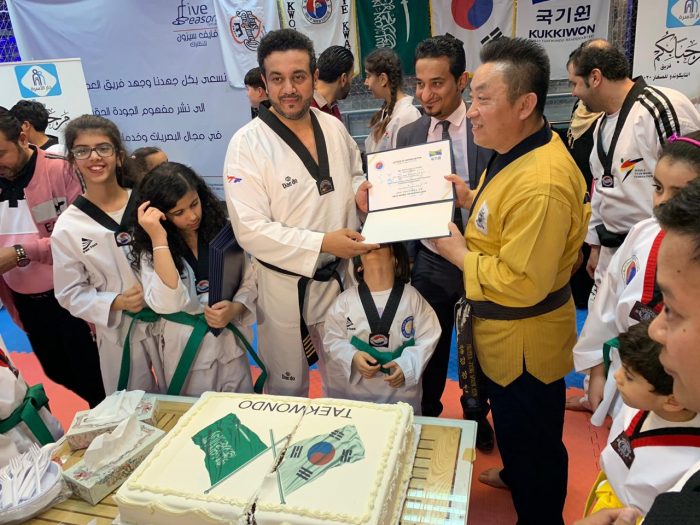 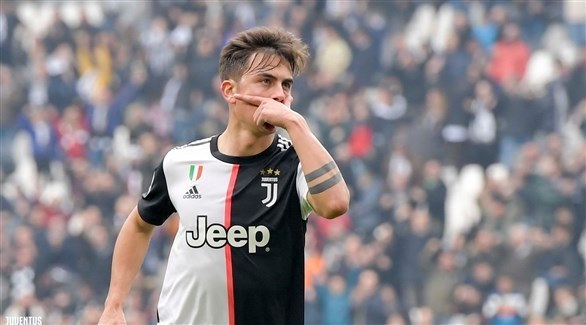 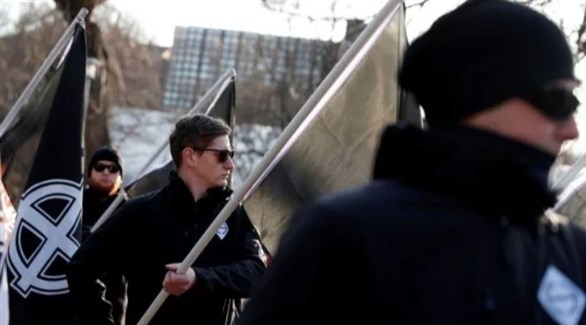 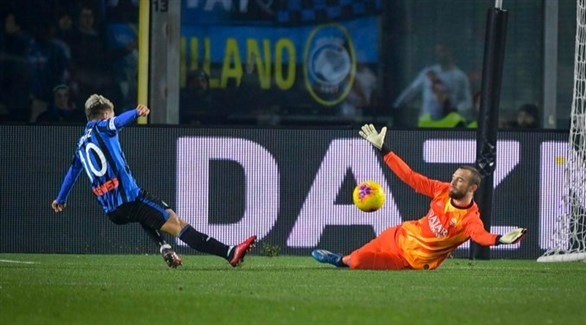 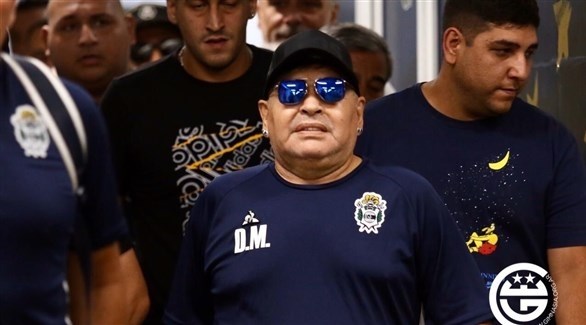 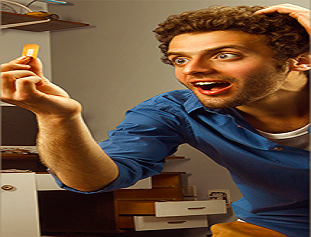 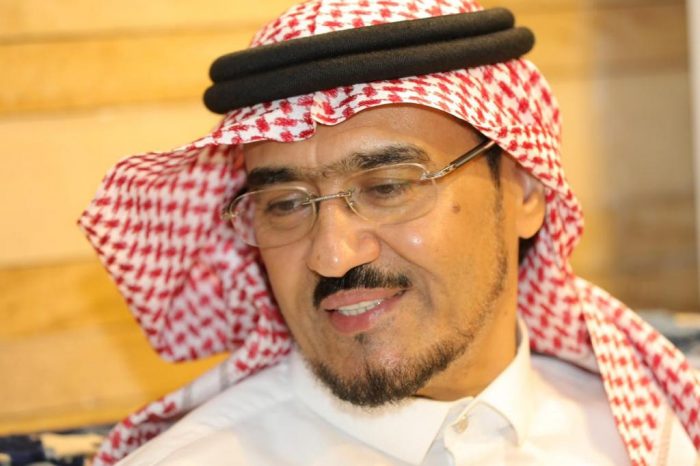