Health Minister: Saudi Arabia’s hosting of G20 summit is an embodiment of its pioneering roles

The Minister of Health Dr. Tawfiq bin Fawzan Al-Rabiah stressed that the Kingdom of Saudi Arabia’s presidency and hosting of the G20 summit in Riyadh is a historic event, adding that this is an embodiment of the Kingdom’s pioneering role and an affirmation of its leading position in various aspects regionally and internationally.

In a statement to the Saudi Press Agency (SPA) on the occasion of the Kingdom’s G20 Presidency, the Minister said that the Kingdom, with its political acumen and remarkable presence, has contributed to supporting global stability, maintaining economic balance, and overcoming many difficulties and obstacles to achieve peaceful coexistence among all countries of the world.

The Minister of Health considered the Kingdom’s hosting of this summit is an opportunity to inform all countries of the world about the modern development in the Kingdom and its achieving of the Vision 2030 goals, which are in line with the goals of the G20, including sustainable development, empowering women, achieving economic stability and strengthening health care.

Minister Dr. Al-Rabiah said that the health sector has witnessed a rapid development with the support from the leadership, as the level of performance in health facilities and health services being provided to citizens have increased. He pointed out that the Ministry has implemented various initiatives to raise the life expectancy of citizens by promoting health and quality of life and providing integrated health care.

The Minister further said that the Ministry activated its initiatives within the National Transformation Program, including the Health Performance Program, Mawid (Appointment) App, Sehhaty App, 937 Health Center, Wasfati (Prescription) System and others. These initiatives contributed to improving health services, meeting the needs of citizens and achieving their desires in line with the health goals of the Kingdom’s Vision 2030.

The Minister of Health said that the world has recently witnessed exceptional circumstances that have never been witnessed before represented in the Coronavirus (COVID-19) pandemic. He added that the Kingdom, with the directives and continuous follow-up from the Custodian of the Two Holy Mosques King Salman bin Abdulaziz Al Saud and HRH Crown Prince, has taken many proactive measures and effective decisions. The measures and decisions had a clear role in reducing the effects of the pandemic. The Kingdom also took effective and early steps in the field of cooperation with the international and regional community, the Minister further said.

The Kingdom also provided financial support to international efforts to address the Coronavirus pandemic. This support has been allocated to specific organizations and bodies to contribute to responding to the pandemic and global emergencies, developing health systems and training, supporting early warning systems and responding to epidemics and pandemics, especially in low and middle-income and needy countries, the Minister concluded. 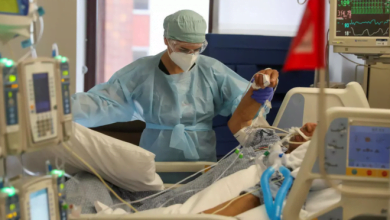 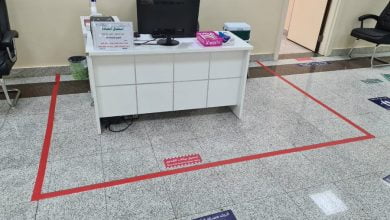